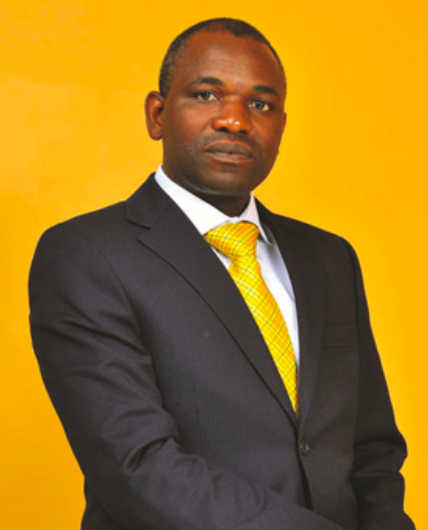 Tawanda Nyambirai is a Zimbabwean lawyer and entrepreneur and Chairman of Econet Wireless Zimbabwe Limited. Tawanda holds a Bachelor of Laws Honours Degree from the University of Zimbabwe and a certificate in International Conflict Resolution Studies from the University of Uppsala Sweden and is a registered legal practitioner, having practised as a partner of Kantor and Immerman Legal Practitioners until March 1998. He is also a registered Estate Administrator.

Tawanda is a Partner of Mtetwa & Nyambirai Legal Practitioners. He has been the Chairman of Econet Wireless Zimbabwe Limited for the past 8 years. In 2001, he founded TN Financial Holdings Limited, a financial Services Group that now includes TN Asset Management, TN Financial Services, TN Medical Benefit Funds and TN Bank Limited, a registered Commercial Bank. The group’s name is derived from his initials, TN. In 2009, Tawanda led the reverse takeover by TN Financial Holdings Limited of Tedco Limited, a company listed on the Zimbabwe Stock Exchange since 1973 and which is the leading furniture manufacturer and retailer in Zimbabwe. Consequently, Tedco Limited changed its name to TN Holdings Limited and re-listed on the Zimbabwe Stock Exchange on 4 January 2010. Tawanda is the Group Chief Executive Officer of TN Holdings Limited. The group has a unique banking model that leverages on the retail businesses, technology, and people skills as channels through which it delivers banking convenience to its customers wherever they are, and whenever they need service. This model attracted the attention of CNN and is captured in an interview posted on the CNN website under the heading, “Banking on Furniture”.

Tawanda has won awards for outstanding achievement at personal level as well as for TN Holdings Limited. These include the “Zimbabwe National Chamber of Commerce (“ZNCC”) Businessman of the year award for Harare for 2010”, the “ZNCC Businessman of the year National Award for 2010”. Under his guidance, TN Holdings Limited also got “The Platinum Technology Award for Quality & Best Trade Name”, an international award conferred on TN Holdings Limited in Geneva in December 2010 in absentia. TN Holdings also won the award for the best display in the Commercial Sector of Zimbabwe at the centennial Zimbabwe Agricultural show held in August 2010. In July 2011, TN Holdings Ltd received the ‘Majestic Five Continents Award for Quality and Excellence’ from the ‘OMAC’ Other ways Management Association Club – Paris. This international Award has been created in Europe to reward firms all over the world who have distinguished themselves in the field of Quality and Excellence. In November 2011, TN Holdings Limited received the European Award for best practices in Brussels. This attests to the high quality standards the group upholds.

Tawanda has been the theme speaker at the ICAZ 2010 winter school under the title, “Zimbabwe, the Uncut Gemstone”. He was a panelist at the Economist conference on Zimbabwe under the topic “Ethics of Investing in Zimbabwe”. He has also presented a lecture on Indigenization Legislation at the 2010 Kemptom Makamure Memorial Lecture. In 2011, he was part of the business plenary during the Brand Africa Forum 2011.

In 2010, he was a mentor on a popular TV series, “My Own Boss” that was intended to nature entrepreneurial talent in young Zimbabweans and Zambians.

On the 8th of March 2011, over 800 policy-makers and investors attended the Euro money Zimbabwe Investment Forum of which Tawanda participated as a moderator for a panel of four senior Zimbabwean Executives, discussing the theme “Inducing consumer demand in an illiquid dollarized environment”. He set the topic, selected the speakers, and moderated the workshop. The survey conducted by Euromoney after the event and published in a conference Report Dated 6 April 2011 showed that this workshop “B”, was rated the best workshop of the conference by the delegates.

Under his guidance, TN Holdings Ltd was recently awarded the Bronze Award at the ‘ZITF’ Zimbabwe International Trade Fair; where over a 100 companies participated in showcasing their products to local and international delegates. The trade fair is an annual event, regionally rated amongst the paramount events within Southern Africa. Each year, over 4000 individuals attend this show. In August 2011, the Group got awards for the best Display from the Chamber of Industries and the Best Overall Display at the 2011 Zimbabwe Agricultural show.

TN Bank is one of the bankers and Financial Advisors to Econet Wireless Zimbabwe Limited. Mtetwa & Nyambirai, a law firm in which Tawanda Nyambirai is a partner are the lawyers to Econet. Tawanda’s interests have always been consistently declared and records show that he recuses himself and does not participate in making decisions that relate to Econet’s dealings with companies associated with him. In fact, Econet has a related party transactions committee that deals with all of the company’s dealings with related parties. Tawanda does not sit on the committee.

Asked about corporate Governance, Tawanda’s view is that if pastors preached “Thou shalt not steal” enough, some of the big corporate failures such as Enron would not have happened. His view is that the over emphasis on methods and models at the expense of values is the largest threat to good corporate governance. “Systems are good. But they need to be reinforced by good people with good values”, he said.

Tawanda is loyal, and committed. He dismisses as part of the hazards of success the arrest and incarceration of the entire board of Econet for 18 days in 2006 on baseless allegations. The Zimbabwe Courts refused to put Tawanda to his defense and acquitted him and found him not guilty of all the allegations at the close of the state case.

At the listing of TN Holdings Limited on 4 January 2010, Minister of Finance, Mr Tendai Biti said there are three characteristics that define Tawanda Nyambirai. His belief in God, his hard work, and his honesty. When interviewed about his belief in God by the Sunday Mail, he is reported to have said his conscience was not his master, but God was. When the conscience is burdened into unconsciousness by sin and shortcomings, his belief in God reassures him of his ultimate victory.

Tawanda Nyambirai is on record as having been lawyer to leading businessman Strive Masiyiwa in his bid to license Econet. When asked, he said many lawyers acted for Mr Masiyiwa. Most of them were within Kantor & Immerman. Some were outside. “As for my little part, check out the two last High Court Judgments on the whole episode. One was in 1997, and another in 1998. These will show that I was privileged to also play a role alongside others when history was made.”

When asked about the people who have had the most impact on his character and life, he says, “ My wife Ketty because of her inexhaustible capacity to love and to forgive. Mr. Strive Masiyiwa for his sacrificial charity and kindness, tenacity and stubborn faith that refuses to give up and entrepreneurial vision and business acumen. Beatrice Mtetwa for her fearlessness. Anthony Eastwood for being my mentor and for inculcating the values of honesty, loyalty and integrity in me. My late dad Naison Nyambirai and my eldest brother Emmanuel for just being sincere hard workers. And Ambuya Murape for her unwavering faith in God and for praying for me without ceasing.”

Last update on Sep 9, 2019
Published Jan 1, 2019
Author: Wiki Mzansi
Categories: Zimbabwe
Tags: There are no tags for this post