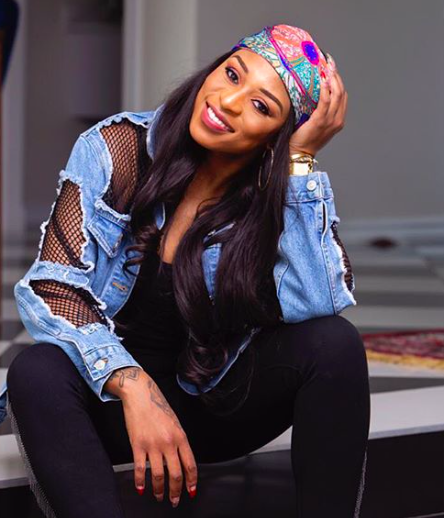 DJ Zinhle is a Popular South African female DJ and entreprenuer. She is also a TV presenter, author and the founder of  Era By Zinhle and FUSE Academy (FUSE), a deejaying academy for females. The academy is based in Melville the youth capital of Johannesburg.

Born in Dannhauser, a small town in Kwa-Zulu Natal, Zinhle Jiyane aka DJ Zinhle has become one of the most celebrated female house DJs in South Africa.  Zinhle is a trained TV presenter however her interest in becoming a DJ started through her brother Zak, who owned a sound equipment rental company. Zak always had a passion for mixing vinyl’s in his spare time and passed his talent on DJ Zinhle. Despite the career change, Zinhle booked her first gig in 2004 and kicked off her career in 2006 as the resident DJ for local TV Show, Jika Majika – an opportunity that pushed her into the spotlight.   Since her discovery, she has grabbed the attention of some of Mzansi’s most respected DJs & producer, such as DJ Oskido and has collaborated with renowned artists and released various singles, such as “My Name Is” ft Busiswa.

With over a decade of experience in the entertainment industry, she has become a household name in the South African music scene and has since received nominations for various award ceremonies such as Metro FM Awards and South African Music Awards.   2017 saw many highlights in DJ Zinhle’s career as she released her single “Colours” ft Tamara Dey as well as produced her woman empowerment TV show, It Takes A Village, which aired on SABC 1.   Zinhle continued empowering females in 2018, through her book “Meeting Your Power”, which was co-written by life coach, Nokubonga Mbanga. In October 2018, Zinhle became the new judge on SABC 1’s talent search show, 1’s and 2’s where she worked alongside Ayanda MVP and Prince Kaybee