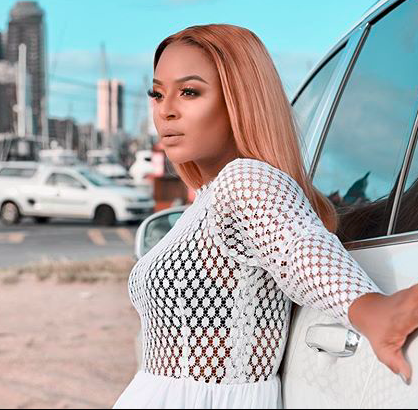 Jessica Nkosi is a South African actress,TV presenter and TV personality Born on the 20th January 1990. Jessica Nkosi was born to Jabu Nkosi and Nhlanhlayethu Ntuli,a teacher in Empangeni, KwaZulu-Natal.After her parents separated, Jessica moved to Eshowe when she was in grade 3, where her father lived to begin schooling in a Catholic boarding school,where she went on to matriculate.

Jessica attended auditions in Durban for a new TV show,after being informed by a friend.She successfully landed the role of Qondi, a shy,kind hearted girl from the rural area, on a new Mzansi Magics’ TV show called Isibaya.In 2013 Jessica Nkosi debuted in her first acting role,in Isibayas’ debut season as Qondisile.Isibaya gained her wider recognition and made Jessica a household name.Qondisile has since become a much loved character on Isibaya making Jessica Nkosi one of the main stars,on a TV show that to date has become one of the biggest TV shows in South Africa.

In 2015,she starred as Eve in Mzansi Magics Ayeye.In 2017 she made her a presenting debut as a co-host alongside her Isibaya co-star Nomzamo Mbatha on BET A-list.In the same year she made an appearance on SABC 3 sitcom,It’s OK we’re family.She made an appearance on South Africa’s Lip synch battle Africa,inspired by the American hit TV show.She went onto to become a contestant on the popular star studded Tropika Island of Treasure which was shot in the Seychelles.

The multi-talented,Jessica Nkosi once again made use of her presenting skills to host Mzansi Magics’ Our Perfect Wedding,one of South Africas’ biggest reality TV shows.