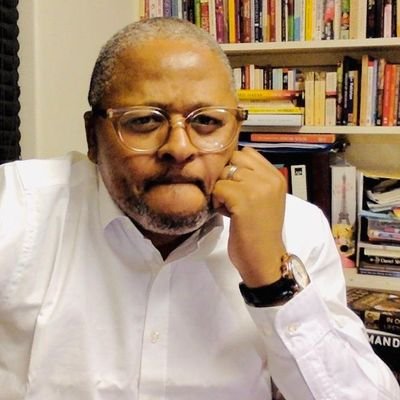 He is also a Senior Research Fellow at Africa Asia Dialogues, a small think tank.

He was for four years the South Asia Bureaux Editor based in Delhi, India. He was in-charge of the BBC’s news bureaux in the region in countries such as Pakistan, Afghanistan, Sri Lanka, Bangladesh, Nepal and of course India itself. Before then he was head of Africa as Bureaux Chief in Johannesburg, a role he held for 7 years.

He joined the BBC in the late 80s just before the release of Nelson Mandela. He covered all the township wars and the subsequent political negotiations that followed.

Mr. Nkosi did his journalism training at BBC Academy’s College of Journalism in London – His management and leadership programme at Ashridge College in Hertfordshire. He studied teaching in civil engineering.

He has covered major stories in Angola, the then Zaire which is present day DRC, Sierra Leone, Liberia, Rwanda, Kenya, Zimbabwe, Sudan, Afghanistan, Pakistan, Iraq, Iran and many more others.

He moved to work in the UK and returned to South Africa before moving to New Delhi.

He was instrumental in the publishing of the book Soweto Inside Out. He also wrote a chapter in the world acclaimed book Something to Write Home About. These two books have been sold all over the world.

He is a Trustee on the board of Warwick University’s Africa Project and has lectured at the Institute for the Advancement of Journalism.

Last year he was on a road trip with former BBC colleagues around the country giving talks about story telling, investigative journalism,  solutions journalism and deep listening at four universities NWU in Mafikeng, UCT in Cape Town,  Takkies in Pretoria and UJ in Johannesburg.

In December last year he delivered a lecture at the Namibia University of science and Technology.

In 2017 Mr Nkosi travelled to Dubai to interview Duduzane Zuma on allegations of State Capture. His video went viral on social media and has over 1,2 million views on Youtube alone.

Mr. Nkosi is married to Paediatric-Neurologist Dr. Dorcas Wilson and they are blessed with two children. 20 year-old Kgosietsile and 18 year-old Khanyisile.

Mr. Nkosi is an award winning journalist who always reminds us to see him – Just as an ordinary township boy from Orlando West, Soweto, who supports Orlando Pirates!