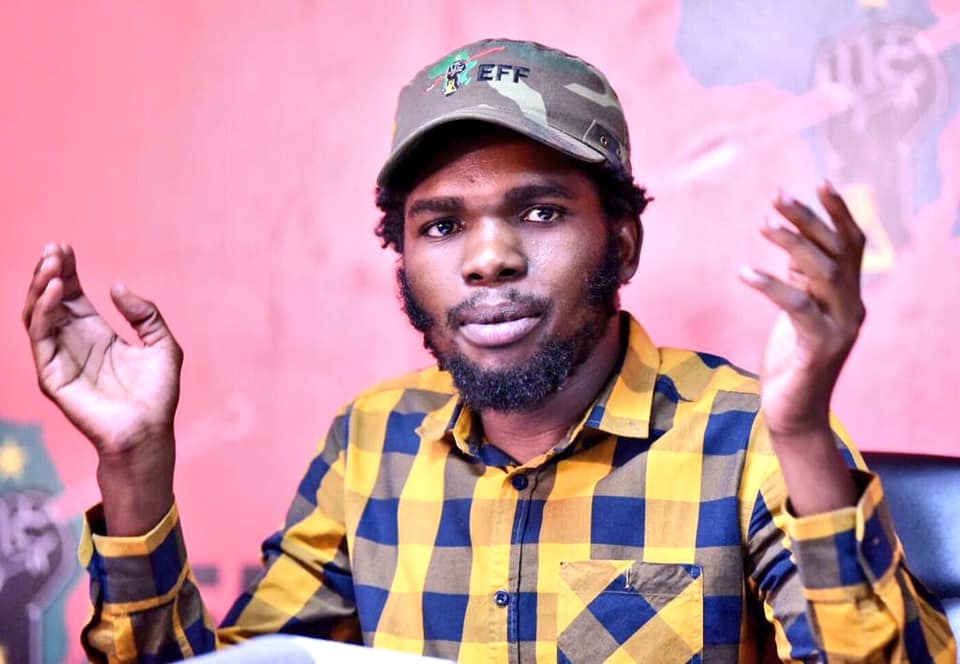 Phuti Peter Keetse’ was born and raised in Sekhung Village in Blouberg municipality (Limpopo, South Africa ). He attended Sethunya Primary school and later continued with his high school studies in Mammoka high, both of this schools are in Sekhung.

Phuti Peter Keetse is from a very disciplined family background, raised by both his parents. When he was in primary school his mother always reprimanded him not to reason with old people. So where he comes from, reasoning and questioning are seen as politics.

At the age of 12 Peter Keetse demanded a membership form of the ANCYL in his branch and was told that he is still young and should wait a bit longer.

Peter always had a passion for the young to do good at all the times and that led him to be the head coach for our under 10 soccer team for both boys and girls in his community.

It was in grade 11 that he was then elected as the Vise President of the LRC (learners representative council) in 2009.

It is in 2011 that Peter did his first year of studies at the University of Johannesburg. In his first year, he was the elected to serve in the Branch Executive Committee of the YL and then later elected as the Chairperson on the subsequent year.

Peter’s politics have always been inspired by how he views society. At early stages he thought it was very unfair for anyone to be poor. He hates poverty and doesn’t want see anyone going through poverty because he know how it feels to be poor.

Peter Keetse really likes the politics of Lawrence Phokanoka the former member of the African students Association. But Peter’s politics were also shaped by the CIC Julius Malema, which is why he never even hesitated when the call was made for the formation of the EFF. He was a sitting Chairperson of the YL but did not hesitate to leave and join the Son Of The Soil.

The first EFF Students Command Assembly elected Peter as the Spokesperson of the movement and then later became the President of EFFSC.