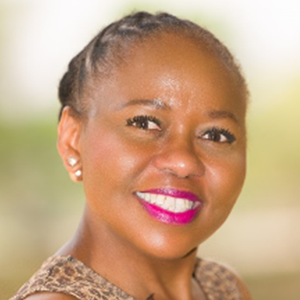 Prof. Keolebogile Motaung is a Full Professor, Biomedical Scientist and Director: Technology Transfer & Innovation at the Durban University of Technology with more than 23 years’ experience in Higher Education. She is the founder and Chief Executive Officer of Global Health Biotech (Pty) Ltd. As a Professor, research scientist and entrepreneur, she trains her postgraduate students not just on how to do research, and become a scientist, but also on how to become entrepreneurs. By becoming entrepreneurs, they can create jobs for themselves after completing their studies at a time, when jobs are scarce, and unemployment is high.

Based on her own scientific exploration into the use of medicinal plants in tissue engineering of bone and cartilage, she founded a company called Global Health Biotech (PTY) Ltd in 2016. Global Health Biotech has developed a natural anti-inflammatory ointment named La-Africa Soother (LAS) from medicinal plants which helps relieve muscle and joint aches, thus offering athletes, sportsmen and women an alternative natural anti-inflammatory ointment. This is the first product of its kind aimed at preventative care, meaning it is applied ahead before and after physical activity to prevent anticipated muscle aches.

This product, packaged in a green and white tube, is already available on the market. Motaung has also licensed a technology from Stellenbosch University to develop a second product named pump protein shake (vegan friendly plant-based). The product simultaneously leads to decreased muscle inflammation which leads to accelerated regeneration and may be more effective as an anti-inflammatory agent than known non-steroidal anti-inflammatory drugs (NSAID) and with less side-effect. She is an award winner and has received a number of accolades from far and wide because she has thrown the gauntlet in bridging the gap between science and entrepreneurship.

Last update on Oct 26, 2022
Published Oct 26, 2022
Author: WikiMzansi
Categories: South Africa
Tags: There are no tags for this post