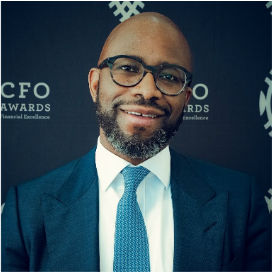 Ralph Mupita was appointed as the CFO of MTN in April 2017. Prior to this I served as the Chief Executive Officer as well as Executive Director of Old Mutual Emerging Markets and Old Mutual Life Assurance Company respectively.

Other work and experiences include serving as the Director of Special Growth Projects for Old Mutual Life Assurance Company (South Africa) Limited. After joining Old Mutual in 2000, I was seconded to Old Mutual Zimbabwe where I worked on a strategy project that led to the  restructuring of several functional areas within Old Mutual Properties (Zimbabwe).