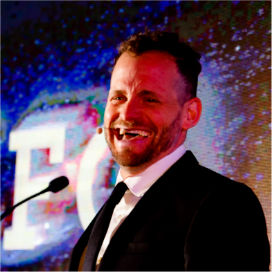 Nik Rabinowitz IS South Africa’s funniest Jewish stand-comedian who grew up on a farm in Africa, climbing trees and commentating on his own rugby games in three of South Africa’s eleven official languages. He was raised on the mean, green streets of Constantia, Cape Town, a world of ride-bys, piano lessons, and unrelenting love and financial support from family members.

Despite all this hardship Nik Rabinowitz still managed to be moderately successful, sporting a list of achievements the likes of which many can only aspire to.