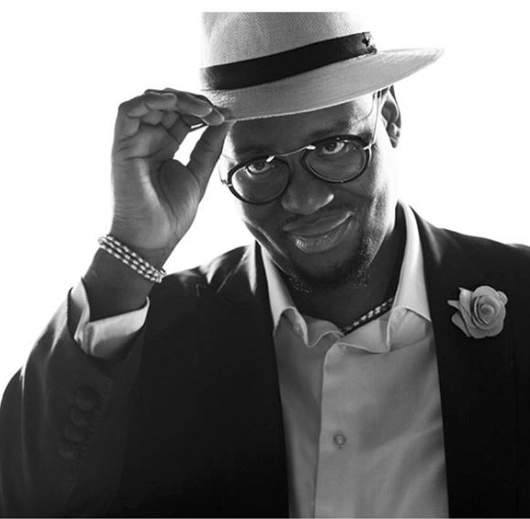 Shaka Sisulu is a South African Activist, Entrepreneur & Media Personality Born into exile in Leipzig, Germany in  on 25 May 1979. Shaka Sisulu is the grandson of Walter and Albertina Sisulu. Shaka has deliberately and successfully established his own identity as a respected economic contributor, force for social change and esteemed opinion leader.

From buying, building and selling computers and computer parts while still at school, Shaka has grown into a respected businessman in the media and technology sectors. He has invested in various start-up companies and divisions in South Africa, the Democratic Republic of Congo, Lesotho, Zambia and Zimbabwe. His business and entrepreneurship insights have made him a sought-after advisor to aspiring entrepreneurs and mentor to established captains of industry.

In the social change arena, Shaka has written a book and founded several NGO projects. He co-founded the celebrated Cheesekids youth volunteer programme, which was instrumental in popularising Nelson Mandela Day. He is an Archbishop Tutu Leadership-Fellow, was an inaugural member of the advisory council of the Public Sector Excellence Awards, and served on the boards of both Love Life and the Foundation for a Safer South Africa for a number of years. As an influential ANC activist, Shaka is often called upon to mobilise the youth and communities on issues of national interest.

Shaka Sisulu participates in the media space with ease and authority. In addition to hosting shows on radio and television, amongst numerous broadcast interview appearances, his forthright and clearly articulated views have earned him an online audience of over 180,000 followers on Twitter. He has been a columnist for several publications, including Destiny Man, Bona magazine and weekly newspaper City Press, and has contributed extensively to influential news blog, The Daily Maverick.

His impressive list of achievements includes:
2003: Shaka headlined a R 20m telecommunications partnership, called ITEC Tiyende, where one of South Africa’s largest office equipment groups entered the telecommunications sector through Tiyende, a telecoms start-up co-founded by Shaka. The partnership went on to become Ericsson’s local telecoms equipment partner. Shaka was heralded as a rising star by many industry publications.

2006: Shaka co-founded Cheesekids for Humanity (popularly known as Cheesekids) a 20,000-strong volunteer movement, which was instrumental in popularizing Nelson Mandela Day, especially amongst the youth. It hosted massive service events for thousands of people simultaneously across three cities and was intended to mobilize young people into active citizens, making a massive impact for eight years across hundreds of events and activations across the country. (Ref: Brands South Africa)

2008: In conjunction with his alma mater at the Gordon’s Institute of Business Science (GIBS), Shaka co-hosted and facilitated a number of dialogue circles – A Conversation with Kgalema Mothlanthe (2008), Undecided Voters Forum (2009), The Dinner Club (2010), and Qiniso (2011) – which brought together youth of highly diverse backgrounds and political persuasions with a view to building bridges for the future. (Ref: Mail&Guardian and Umuzi)

2010: Shaka was appointed to serve on the board of Lovelife (active for six years) – South Africa’s most successful and longest-running teen HIV/AIDS prevention organization.

2011 and 2013: Shaka represented South Africa on citizen diplomacy programmes in the Netherlands and the United Kingdom respectively.

2011: Shaka featured in the Destiny Man’s Power of 40 edition, featuring trailblazers under 40 years of age. He also graced the cover of Blaque magazine for his work in charity.

2012: Shaka was invited to participate in TEDxSoweto and his presentation was extremely well received.

2013 – 2017: Shaka has served in various political structures of the African National Congress (ANC) including an appointment to the interim ANC Youth League leadership (National Task Team) following its disbandment in 2013. He has also served on the ANC’s Communications Sub-Committee and on policy teams at the 2015 ANC National General Council and served on the sub-committee for communications in Gauteng.

2014: In September of this year, Shaka presented the first episode of the four-part documentary series Rainbow Makers on SABC2, entitled “A Tribute to the Frontline States”. The film’s talking points were the intertwined backstories from Angola, Zambia and Mozambique which describe how three generations of Sisulus – Walter, Max and Shaka – came to be re-united after living apart, in exile, for three decades.

2014: With the highly televised Israel-Gaza Conﬂict, Shaka became an outspoken campaigner for the rights of the Palestinian people, denouncing the war, and advocating for Israel’s withdrawal from the Occupied Territories.

2016: Shaka Co-Founded #RacismMustFall, following many racist outbursts on social media, with the intent to leverage the law of the country and the constitution to litigate against racist public talk.

2016 – 2017: Shaka was one of four personalities to headline the SABC3 daytime talk show Trending SA, in which the panel and guests discussed the trending hashtags of the day and commenting on issues that are currently active on social media.

2016: Shaka received a Mahatma Gandhi Satyagraha Award for his contribution to youth development in South Africa.

2016 and ongoing: Plum Factory, a digital agency founded by Shaka, executed campaigns won Promax, Loeries and Bookmarks Awards for for M-net, MTV, and DStv and their respective creative agencies.

2018: Shaka Sisulu acquires majority stakes in Retroviral, an award-winning digital agency that count brands such as M-net, Russell Hobbs, and RoccoMamas, amongst its clients, as well as ROI Africa, a fast-growing Media Monitoring firm. He partners with listed firm Ecsponent, tin bid to build a significant, pan-African group of digital media agencies.

Shaka Sisulu was born into political activism, and has grown to use his burgeoning social influence to champion causes close to his heart, namely:
Shaka co-founded Cheesekids (The Faces Of Cheesekids) for Humanity, popularly known as Cheesekids, a 20,000 strong volunteer movement in 2006.
Cheesekids (Cheesekids Helps The Less Fortunate) was instrumental in popularising Nelson Mandela Day, especially amongst the youth, hosting massive service events for thousands of people simultaneously across three cities.
​Cheesekids was intended to mobilize young people into active citizens, and did so for 8 years across hundreds of events and activation across the country.Between 2009 and 2011 Shaka served as a founding trustee of the Foundation for a Safe South Africa, which led Action for a Safe South Africa, a nation-wide crime prevention initiative. The Foundation also pioneered the YouthZones, a youth empowerment programme in over 40 communities across Southern Africa.

Over the past 17 years Shaka Sisulu has started, worked in and grown various start-up companies or divisions.

​These agencies are part of a Digital Marketing and Technology Services Group that Sisulu is developing.

Shaka sits on the board of David Philips, a renowned publisher of seminal South African works and 6 time winner of the prestigious Alan Patton awards.

Shaka Sisulu is a radio and TV broadcaster, as well as a writer and columnist.