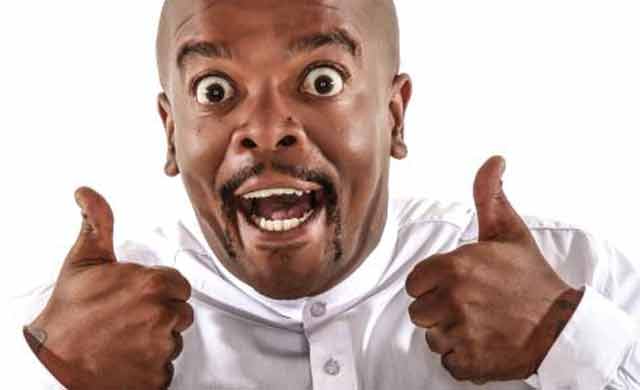 Trevor Gumbi’s underlying charm offsets his assertive energy on stage, as he brings to the fore some politically uncomfortable issues and delivers them with hilarity. For over 10 years, Trevor has been delivering Comedy, performing the role as a MC, Facilitator, Actor, Writer stand-up Comedian. While outspoken and sometimes controversial, Trevor Gumbi is a firm favourite in the corporate market, where he can be found entertaining executives and their staff with tailored material, proving that he has the  ability to adapt rapidly and appropriately for diverse audiences.

Trevor Gumbi has performed at several of SA’s major comedy events including on Comedy Central live, Sex Live at the Lyric, Kings & Queens of Comedy, Oppikoppi, Rocking the Daisies,  Kingsize Comedy Jams, Blacks Only, the Arts Alive Comedy Festival and many more.

Trevor has hosted an unprecedented number of Standard Bank conferences and roadshows  and his 2pm weekly Monday feature on CiffCentral.com is one of THE most-downloaded podcasts.

Cosmopolitan SA’s readers voted Trevor as a favourite Twitter King and he is widely recognised as the character he played in Vodacom’s ‘Brother Ubuntu Freedom’ ads.