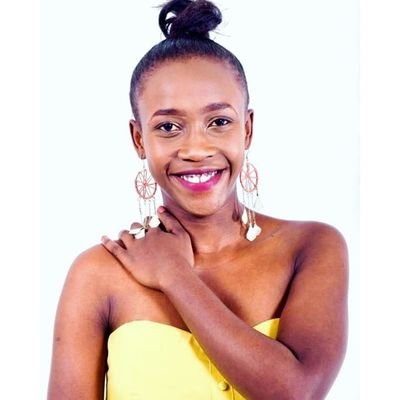 Vuyo Brown is a Contemporary Gospel Artist born Nokufeza Vuyolethu Ngwenya, 30 January 1992 in Bulawayo, Zimbabwe. She broke into the music business professionally in 2014. Between 2014 and 2016 she was part of different groups in Bulawayo that include Destiny Praise, JPM, One Voice, and Creme Voices.

Vuyo Brown released her first single NdiJesu in July 2016 which has been on the Skyz Metro FM Gospel 10. The mbira and bass guitar fusion in the song brings out an authentic Zimbabwean sound.

She started writing this song end of 2015 when her mother was ill, ministering to her and finished it after she passed on now speaking to herself. In the song she mentions a phrase off Chiwoniso’s famous “Wandirasa” of how she felt. These are the components that make up that song, that even in the most tragic of times, in pain, in crisis, Jesus Christ is savior and is always the answer.
That same year a music video was released for the song.

Vuyo makes music because she believes music should bring joy and healing. It’s a way to administer healing and restoration to somebody. She sees it as an added bonus that she gets to praise and worship God at the same time.”

June 30 2018 Vuyo Brown released her début album “Grace Fulfilled” which has 8 tracks. It is a compilation of songs that cover the life of a believer; from giving one’s life to Christ, the struggles of the walk to the joys of loving God.

The album title ‘Grace Fulfilled’ was inspired by the priestly anointing
of Aaron and his sons in Leviticus 8. They were instructed to stay at the Tent of Meeting for 7days: Leviticus 8:33… until the days of your consecration are fulfilled… ” (Amplified Bible). The 7 represents perfection or completion, thus the anointing and consecration had to be perfected and sealed in them first, on the 8th day, they began ministry. “Grace Fulfilled” symbolises the anointing upon Vuyo for her to begin and fulfill her ministry.

On the album there is song called Areka which basically lays out a new believer’s walk.
There is also ‘Daidzai Jesu’ featuring Carlos Jiri which talks of how majestic God is and how He hears and moves to fight for us; ‘Bless me’ is a Naija beat petition and declaration song; ‘Ngingowakho,’ a love song; ‘Ukholo lwami,’ a cover of a common song; ‘Tichatamba,’ an EDM praise song; and Runyararo, a song about peace, that speaks peace to the listener’s life.

Vuyo Brown has been an associate pastor at KRIM since 2016.