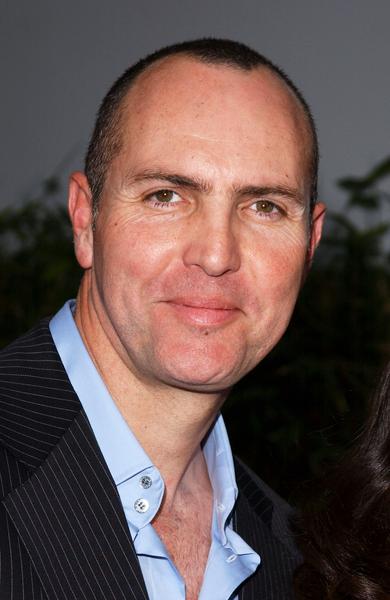 Arnold Vosloo is one of the most recognizable South African actors in the modern-day era. Born on 16 June 1962, Vosloo was born into a family of stage actors. After finishing high school and completing his mandatory military service, Vosloo enrolled in drama courses held at the Pretoria Technikon. It was in the early 1980s when Vosloo eventually took his acting career to the next level, appearing on stage in theaters across South Africa.

Vosloo received multiple accreditations for his performances, receiving highly coveted Dalro Awards for his displays in the likes of Hamlet and Don Juan. Having cultivated something of a burgeoning reputation in South African acting circles, Vosloo was cast in a string of South African movies, namely Boetie Gaan Border Toe. His performance in the light-hearted take on the Border War was another Dalro Award-winner.

Vosloo’s foray into the US

Vosloo received his first American acting gig in 1992, securing a role in 1492: Conquest of Paradise, a historical drama starring Sigourney Weaver and the iconic Gerard Depardieu. Vosloo was also cast as the replacement of Liam Neeson as ‘Darkman’ in the two Darkman sequels – Darkman II: The Return of Durant and Darkman III: Die Darkman Die. He cultivated a reputation for performing impressively as on-screen villains, including his role in Jean Claude Van Damme’s Hard Target.

One of Vosloo’s most memorable big-screen performances was his characterization of Imhotep, the title character in The Mummy franchise. Vosloo was Imhotep in both the 1999 release and the 2001 sequel, The Mummy Returns. In these movies, Vosloo played the role of an ancient Egyptian high priest that featured in the 1932 original involving Boris Karloff. The 1999 release of The Mummy was a global success, grossing more than $416m from an $80m production budget.

Its intensity spawned multiple spin-offs of the franchise. An animated series was released in 2001, while a 2017 reboot starring Tom Cruise captured the imagination of fans once again despite the movie losing its producers up to $95m. iGaming developers Playtech also released The Mummy video slot game based on the 2002 prequel starring Dwayne “The Rock” Johnson. This game stays true to the all-action franchise with six bonus features included. It’s available to SA-based fans of Arnold Vosloo and The Mummy franchise at Mansion Casino, which is listed as one of the leading online casinos in South Africa, based on its reputation, variety of games, and secure payment methods.

Life after The Mummy

A couple of years after being involved in the craze of The Mummy franchise, Vosloo was cast in the 2003 hit film Agent Cody Banks. Vosloo was one of the henchmen of the film’s primary villain. Aside from his success on the big screen, Vosloo was also regularly cast in successful television series such as Charmed (2000) and Alias (2004). In season four of the hit TV series, 24 Vosloo was also cast as wanted terrorist Habib Marwan.

Agent Cody Banks was one of the latest American movies that Vosloo appeared in, as he returned to his homeland in 2004 to get to work with some South African movies. The Ian Gabriel-directed Forgiveness stars Vosloo, Zane Meas, Quanita Adams, and Denise Newman and focuses on the negative impact of the apartheid system and the issues surrounding societal reconciliation. Vosloo also appeared in Leonardo Di Caprio’s Blood Diamond in 2006, which was partially set in his homeland.

Despite being a proud South African, Vosloo was naturalized as an American citizen in 1988. He married Nancy Mulford, who he worked with on set in Skeleton Coast and Act of Piracy. Vosloo and Mulford would eventually divorce just three years on. Vosloo remarried seven years later to marketing director Silvia Ahi, who he remains married to today.

Last update on Nov 9, 2021
Published Nov 9, 2021
Author: Wiki Mzansi
Categories: South Africa
Tags: There are no tags for this post