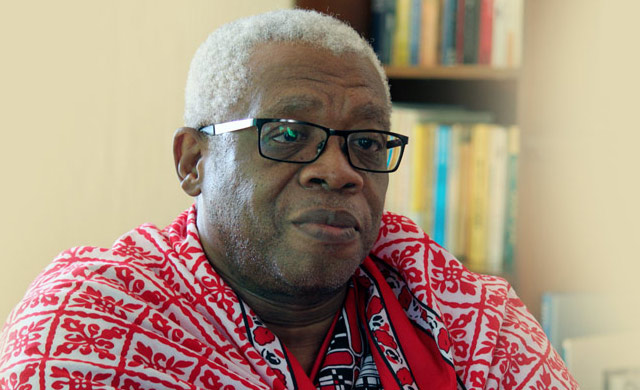 Aubrey Matshiqi is a Financial Mail rated political analyst for the second year in a row. He is also one of South Africa’s most in-demand speakers on the subject of the political state of our nation.

He was a Senior Research Associate at the Centre for Policy studies (CPS) in Johannesburg until March 2011, and was a research fellow at the Helen Suzman Foundation until December 2016.  In 2010, he was invited to take up a research fellowship at the Stellenbosch Institute for Advanced Studies (Stias). At CPS he specialised in South African Politics with a special focus on the ANC and the Alliance, the re-alignment of opposition politics, electoral system reform and the state of democracy in South Africa. At Stias he did research on historical memory and politics in post-apartheid South Africa. In May 2014, Matshiqi was invited to speak at a symposium held in honour of Nelson Mandela at the Uppsala University in Sweden, and in October 2016 he was invited to speak in London at an investment conference on South Africa, Egypt and Nigeria.

Matshiqi is a former Mathematics, Science and English teacher, strategist at the Premier’s Office in Gauteng, as well as, spokesperson for the MEC for education in Gauteng. Matshiqi holds a degree in History and English Literature.  He is also a former member of the United Democratic Front, African National Congress, Umkhonto we Sizwe (the military wing of the ANC) and the South African Communist Party.

He writes a weekly column for the Business Day and a monthly column for Engineering News. He also writes regularly for other publications in and outside South Africa. He has written book chapters, policy briefs and research papers on the following topics:

Matshiqi has also given lectures at the National Defence College on South Africa, the UN Security Council and the International Balance of Forces. He has also guest-lectured to the MBA class at the Gordon Institute for Business Science (GIBS).

As a public speaker, through Famous Faces Management, he has addressed South African and global companies which include:

Matshiqi is currently writing two books one on the ANC and the state of the nation, and a second on his spiritual journey and becoming a sangoma/traditional healer