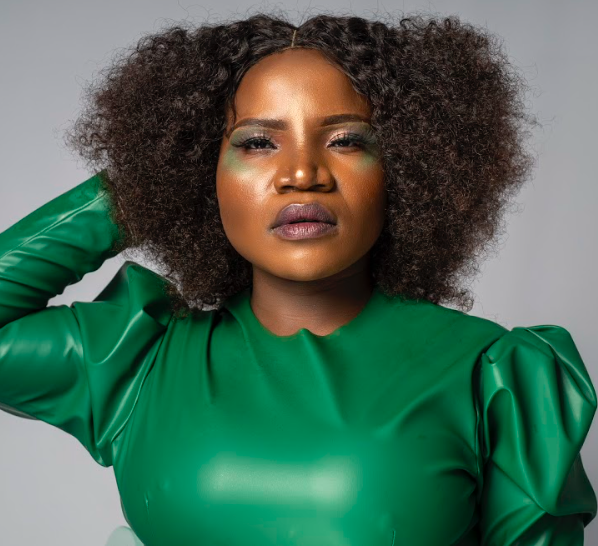 For the better half of 2019, Makhadzi was propelled into national stardom and beyond. The South
African singer and dancer has her monster hit Matorokisi to thank and the infectious dance of
revellers recreating coaches of a train in motion. Makhadzi solidified her position is a tour de force
when she stunned television viewers with a mesmerising performance at the DStv Mzansi Viewers
Choice Awards in March 2020.

The electrifying showcase was a culmination of years of hardwork, determination and a never-say-
die attitude.

Born Ndivhudzannyi Ralivhona in Ha-Mashamba, Tshivhangani near Elim in Limpopo in 1996,
Makhadzi’s passion for music would be her passport out of a life of poverty and servitude, an
inspiring story that rivals a fairytale like Cinderella.
She was brought up by her paternal grandmother along with her aunt’s two boys as the only girl in
the household. She showed signs of brilliance in music at an early age. In fact in primary school she
was a leader in music groups doing traditional dance as well as choral. Her mezzo soprano earned
her a spot as the trusted soloist in the Musandiwa Primary School choir and was rewarded with a
slew of trophies. Her sweet cherubic voice took her as far afield as Cape Town, the Dome in
Johannesburg where she competed as a 10 year old.
Her grandmother brewed traditional beer and she would be joined by her friends to sing traditional
Selobedu songs. Little Makhadzi would join them and obviously made an impression in the circle of
old ladies in the village who spoke of her brilliant talent. She particularly loved music by DJ Call Me
and would dance her limbs off. She became the most sought after entertainer in Tshivhangani and a
permanent feature at parties and weddings where she had no competition in dance – but was never
paid for her efforts. ‘I did it for fun, I didn’t mind but they probably took advantage. I also loved
sound and my grandmother could not afford a radio set at home, so this was my chance to dance.
We didn’t even have a TV until my elder cousin worked and bought them.’
While in Grade 9 word reached her village that a soft drink company was having a promotional
campaign and hosting a dance competition in Elim, a few kilometres from home. Makhadzi
remembers how she borrowed money from a friend under the pretext of buying a hair piece. It was
enough for a one way trip to Elim. She bunked school and dazzled everyone with her dance moves
and won a cellphone and a T-shirt. Fortunately, impressed revellers were generous enough to throw
coins at her on stage and that covered her trip back home.
Wanting more, she skipped school the following day and decided to follow the promotional tour to
Polokwane, little did she know it was a much bigger city than Elim and she failed to locate where the
competition was hosted. Instead, she ended up with a traditional Sepedi music group, and on a
whim decided to follow them to Tembisa where they were based. The group had other intentions
with her, instead turning her into a maid when they got to Tembisa.
One day, a twist of fate changed her life forever. One of the group members had forgotten his
cellphone at home in Ivory Park and Makhadzi was called to deliver it to a studio where they were

recording. When she got there, the members of the group had stepped out to buy blank CDs at the
local mall, and the studio sound man gave her some beats on which to record, in no time, five songs
were in the bag. By the time the group members returned, the studio was brimming with excitement
as everyone danced to the new music and to their shock and horror, it was the 13-year-old maid
they left at home whose melodic voice was booming from the speakers. There and then, all the
focus shifted to the Makhadzi, the newly minted vocalist.
But not so fast… Makhadzi returned home with her first EP of five songs that she titled to Muvhango
and that went a long way to placate her grandmother who was worried about the disappearance of
her granddaughter. But the real hard work began. She needed to take her music to the people,
embarking on a promotion standing at the entrances of shops to sing and dance and sell the CDs.
She went all over Limpopo to Musina, Thohoyandou, Louis Trichardt and Elim asking shop managers
for permission to sing and dance at their doors. Her grandmother was so supportive that she would
give her pension money to buy CDs for her to burn her music and sell.
In between school, Makhadzi carved out a niche market for herself with traditional wedding songs
but still failed to crack radio airplay. She was soon in taverns belting songs and twisting her body to
the delight of fun seekers, sometimes not so welcoming to a strange little girl. ‘I did what I liked. I
was confident of what I was doing when I performed and danced. I loved it so much I could perform
the whole night, taking intervals,’ she reminisces.
She found her way to hitmaker Monada in Tzaneen and recorded what they called Bolo House (from
Bolobedu) The song Vuwani Ni Pfare Pfare earned her loyal fans in Tzaneen. It was followed by
Tshanda Vhuya which earned her provincial acclaim and took her to as far as Lephalale where she
performed it.
Meeting Master KG heralded a change in her music fortunes and direction. They recorded Jola Kule
followed by Makotopo and a new sound that would launch Makhadzi to a national audience was
birthed.
Master KG produced the album Matorokisi cementing Makhadzi’s place in music charts. The album
has other hits like Limpopo ndi Kule featuring P Postman and Biodizy,Riya Venda featuring DJ Tira
and Tshelede iya Hana produced by the same DJ Call Me whom she looked up to while growing up
and Mrk2.
Today, Makhadzi offers her name and journey as testament to the power of God. ‘I believe that God
is showing his glory through me. For all who saw me hustling, trying this and that, working with this
one and that one, this is proof that God has a plan for us. He knows what our future holds. Mine is to
pray and be thankful in everything and I believe that with his grace, I’m still going far,’ shares
Makhadzi.
Her message to young girls with dreams of being in music: ‘They must be themselves and have role
models but not to copy that person. Find your strength and be unique so that people can love you.
Don’t listen to negativity, everything has its time. Don’t lose hope, stay the course.’

Last update on Aug 4, 2021
Published Aug 4, 2021
Author: Wiki Mzansi
Categories: South Africa
Tags: There are no tags for this post