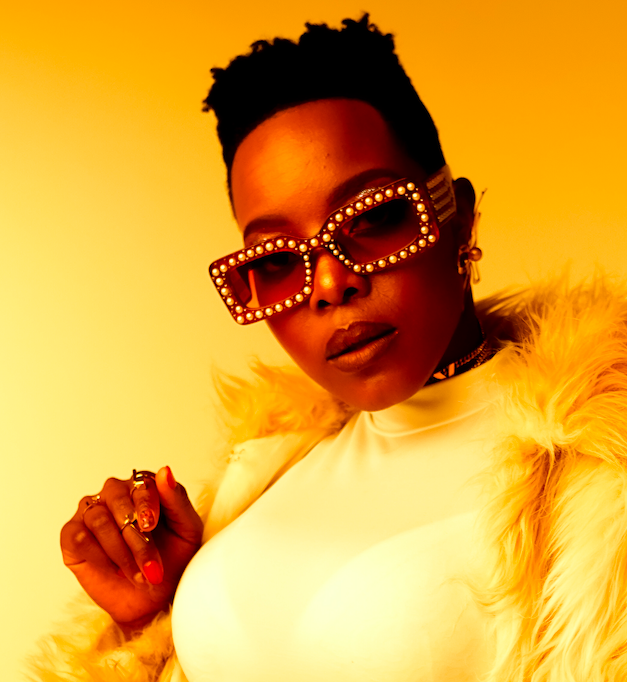 After Nomcebo Zikode’s whirlwind success of Jerusalema, her hit collaboration with Master
KG that has taken the globe by storm, the lady is ready to step out on her own.
And this is not an overnight success story. Nomcebo has earned her stripes after 15 years
labouring in the shadows as a backing vocalist and now that she has tasted international fame,
she is about to show fans that there is more to her.

From the first single Xola Moya Wam’ taken from her five track EP of the same name,
released on Friday, 14 August 2020 Nomcebo takes fans into the depths of her soul.
Introducing Xola Moya Wam’, the single, she shares: ‘When I heard that there was lockdown
in South Africa due to Covid-19 I took it personally. It felt like God was talking to me. For
the whole world to shutdown, perhaps there was a message God was sending us. We needed
to do right by Him. When I wrote this song I looked at my life and acknowledged the
mistakes I have made and I asked for forgiveness because at the end of the day, I want to do
right, and be a better person.’

Bayabuza is another personal track that reflects her journey, the many twists and turns, the
challenges and missed opportunities. ‘This song was inspired by a call I received from a fan
who asked me about my breakthrough. He was concerned that my efforts were not bearing
fruit despite the years in the industry. So I ended up writing a song saying people are asking.
And now I know that people may undermine and overlook you, but when the Lord above has
agreed then your path is blessed.’

Nomcebo says the mood of the album reflects her state of mind. ‘My music comes from the
heart, there is nothing on the EP that came as a joke. I am personal. This journey has never
been easy, and if you listen to my songs they will tell you that I have not had it easy, but I
persevered.’
Nomcebo moved to Johannesburg from her KwaZulu-Natal hometown of Hammarsdale in
2003 to pursue her music dream. She knew earlier on in life that she would wind up a
musician, but there was no grooming or support at her school. In fact, she shares a story of
how she used to be laughed at whenever she said she would be a singer on career day.

Her dreams were validated when she arrived in Johannesburg and realised that one could
study music. She entered a talent search on Ukhozi FM carried out in conjunction with a
gospel music label owner. She won and secured a spot in the bands of some of the biggest
names in gospel.
Touring, working and observing how the pros did it provided Nomcebo with all the training
she needed, not only in the technical side of performance but also the pitfalls to avoid for one
to have longevity in the music industry.

To prepare for her future, Nomcebo studied for a diploma in information technology (IT).
Given her disadvantaged background, she says the course opened her eyes to the new world
of computers. While she may not be using her qualification, Nomcebo believes it stands her
in good stead. ‘I’ve learned to be grounded and respectful to people and never lose your focus to never miss a moment, be on time and have no regrets. It’s important to never forget how
you were brought up. If you do that you will change yourself and values and compromise
yourself when you get to places like Johannesburg where everyone lives their life,’ she says.
Things are going well for Nomcebo. She was announced as a Cultural Diplomacy
Ambassador by Nathi Mthethwa South Africa’s Minister of Sport, Arts and Culture in
recognition of the success of Jerusalema. This role puts her in the centre of the universe with
amazing opportunities as she flies the flag of South Africa in the cultural space.
And now standing at the start of a promising solo career, with international recognition
propelling her, Nomcebo is inspired more than ever to shine. ‘This has been my dream, from
a long time ago, I didn’t get in the music industry to stay a backing singer, I’ve wanted to be
on my own as a lead singer. Indeed God is amazing. This is the first big step to the realisation
of my dreams. Music is a calling and there is something inside me that I want to take out for
people to hear. I send my messages people through music.’
She hopes Xola Moya Wam’ the EP could make an impact in the lives of her fans. ‘I wish
that the music inspires change within a person.