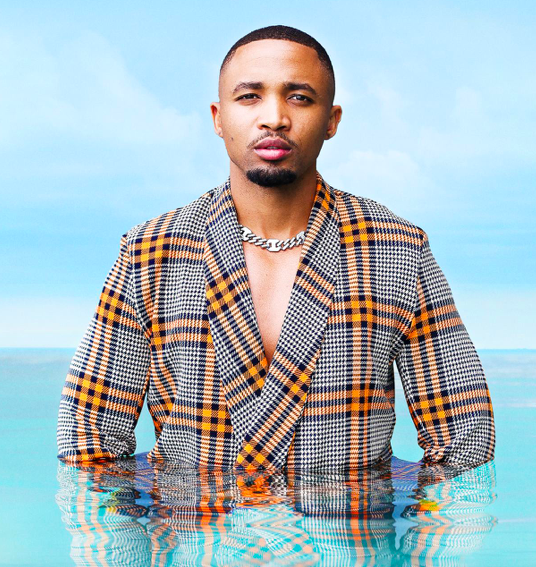 Sandile Cedric Mfusi Jnr aka Masandi, is an inspirational soul musician, songwriter, and actor raised in Durban South African. Masandi was a born entertainer, who at 7 years old, began performing at church and local talent shows. Masandi was also the lead trumpeter in the school brass band.

2014 was the year that marked the beginning of his solo music career, after the release of his first single “Bring it Back”. The hit single attracted the attention of rapper K.O. who is also the co-founder of Cashtime Life. After a studio session with K.O. the hit single ‘One Time’ was born.

In 2016, Masandi founded his own record label and released his multi–chart-topping, single “Ngane Yabantu”.This was followed by his first body of work titled; “Escalation EP” in 2017, where he worked with the likes of Big NUZ, Gemini Major, Aewon Wolf, August Rush (USA), Nana Atta, SpiritBanger, Skatta, and Captain Blu (Nigeria). As part of “Team Durban” alongside DJ Tira, Distruction Boyz, Duncan, NaakMusiq, and others, they clinched the title at the Redbull Culture Clash competition. Alongside Kwesta, Masandi featured on Duncan’s Hit song “Change for Nobody”.

In 2020, the multi-talented singer, songwriter, and actor penned a global deal with Warner Music South Africa with his new single “Amagate” released in 2021. The song peaked at number 1 on the Gagasi Afropop charts and continues to garner impressions on radio stations across the country.

Masandi – who has transitioned into worship / inspirational music. A journey that’s been long coming for him, after a fatal car accident, temporary paralysis, and in a head brace for over 3 months. Where he found himself pleading to God to save his life and that if this happened, we would transition to the gospel and become a steward of the gospel.

Having turned 30, 3 years ago, he began his transition into worship and last year made the decision to fully commit to the pact that he made with God on the hospital bed. He has since seen God move on his behalf, and landed 3 major acting roles this year – one of which is a lead in the most-watched soapie in South Africa.

Masandi is set to release his follow-up single ‘Noma Kunzima’ on March 25th 2022, followed by his EP, titled: ‘Illumination’ which according to Masandi means: Trust in the LORD with all your heart and lean not on your own understanding; in all your ways submit to him, and he will make your paths straight.”