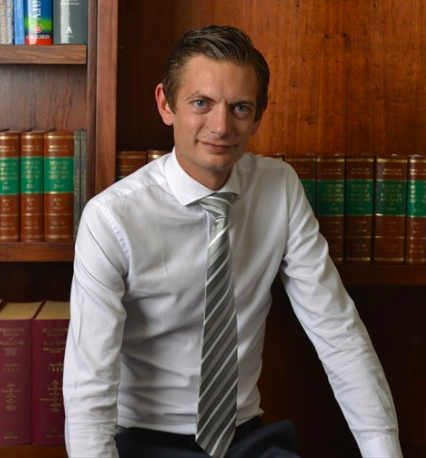 Mr Wouter Wessels is a South African politician and FF Plus Member of Parliament. He was born in East London and matriculated at Hoërskool Grens as Dux learner. He studied at the University of the Free State where he was actively involved in student politics. He has been involved in the for fourteen years.

As a student, he represented the University of the Free State at the international Willem C. Vis Moot Court competition in Vienna, Austria.

Wouter Wessels was recently appointed as one of Avance Media’s 100 most influential young South Africans.

Mr Wessels was previously the National Youth leader of the FF Plus, he worked as a liaison officer for the party at a district municipality and he also served as the private secretary of the former leader of the FF Plus, Dr Pieter Mulder. Before he became involved in politics full time, he owned and managed a marketing business.

Before Mr Wessels was elected as a Member of Parliament in 2017, he served as a member of the Free State provincial Legislature (MPL).

He has been a member of the executive committee of the FF Plus since 2013. He is the FF Plus’s national head of elections and strategy and he acted as the campaign manager for the recent elections.